Our mobile site is optimized for smaller screens.

TRY IT NO THANKS

As I write this post, it's been 5 days and the donations made to support injured Taunton, MA firefighter Chad Larivee have exceeded $105K! If you don't know the story by now you can read about it here. I think that the support received to date speaks loudly about a few things. The first is Chad Larivee. Although I am approximately the same age as Chad, I don't know him personally but know many people who do. They ALL speak very highly of him personally and professionally. The next are the citizens of the City of Taunton. As I scrolled through the list of people who made donations I see many names that I know who are residents of the City of Taunton who just want to help out. Finally, I'm amazed about the brotherhood and bond between firefighters everywhere. It is so strong and apparent at a time like this when one of their own is in need. Seriously, they have organized shifts so that someone is there with Chad 24 hours a day so that he is never alone! If that doesn't make the hair on the back of your neck stand up you should go and have your pulse checked...I hope and pray for Chad and his family that he is able to recover from this accident as best he can.

If you'd like to get involved by making a donation, as many people from seemingly all over the world have done already, you can go to the following website: http://www.gofundme.com/ci2rmk. Knowing the charitable nature of the Taunton Fire Department, I'm sure there will be other events and fundraisers held to help the Larivee family. If I hear of any I will post them here. 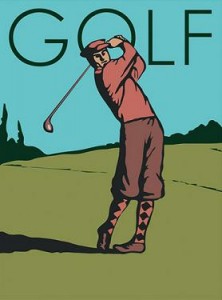 Come join us for a GREAT cause!

Come join us for what has always been a great day of fun with all the proceeds being donated back into the communities where our REALTOR and affiliate members live, work and play. Email Mike Ballow if youd like details about playing golf or becoming a holesponsor. Also, we are always in need of raffle and auction items if you're able to help out. Thank you!